“I have an oped in the Straits Times today. Like many Singaporeans I was surprised to learn that winners of medals at the Paralympics are paid only 20 percent of the amounts paid to winners of the same medals at the Olympics. I argue that this is wrong morally and legally. First, I think it is just as difficult to win a medal at the Paralympics as at the Olympics. There is no rational basis for treating the Paralympic medal as inferior to the Olympic medal. Second, the practice is inconsistent with the Convention on the Rights of Persons with Disability, to which Singapore is a party. Two of the guiding principles of the convention are equally and non- discrimination. Third, it is not just about money. It is about respect and dignity. Fourth, we should emulate the examples of countries such as Malaysia, Australia and the US which pay the same amounts to their Paralympians and Olympians. Fifth, Yip Pin Xiu, who won two gold medals at the Tokyo Paralympics should be accorded the same treatment as was accorded to Joseph Schooling when he won a gold medal at the Rio Olympic Games in 2016. Finally, the issue is about our country and the values it stands for.” 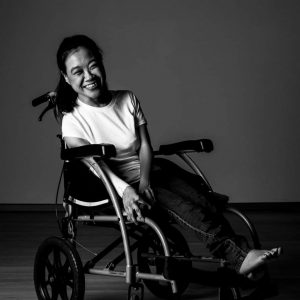