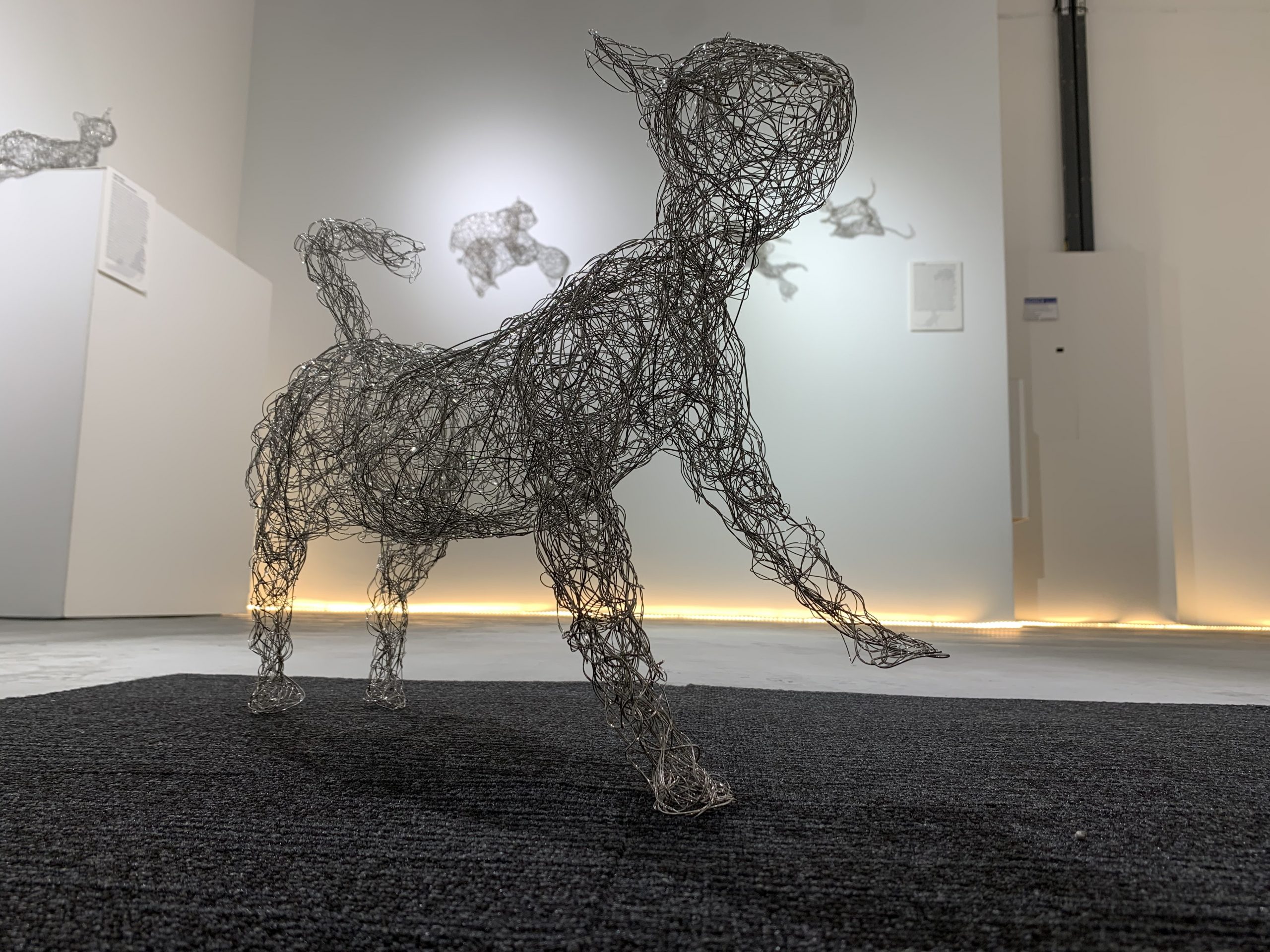 Victor began working on two wire cat sculptures in March 2021, both named and modelled after two live cats – Jia Miao Miao and Marble. They showcase the journey of rescued cats and pay tribute to the people behind-the-scenes of cat rescue work ~ the Cat Rescuers, Fosterers, Adopters, Feeders. They also express a greater issue relating to cat abandonment and abuse, and the opinions of an observer of their stories through his artistic flair in wire sculpting.

An irreplaceable companion to her current owner, Miao Miao was chosen and adopted from SPCA. She is blind in her left eye due to a previous injury, but this did not deter her owner, Jasmine, from loving her.

Marble was a cat that followed Macy, her current owner, home one day. She was extremely skinny and starving which led Macy to feed her some cat pellets from her house. Won over by Marble’s persisting presence outside their house, Macy and her family grew to love her and decided to take her in.

Victor paid multiple visits to the cats and their owners for the purpose of getting to know them and to get a feel of them. This process was important to him because he was not sculpting just any cat, and it allowed him to creatively incorporate their individual personalities and their lives into his wire-bodied creations.

The exhibition of the finished cat sculptures was held from 23 to 25 April in 2021 at City Gate, Singapore.

“It’s very heartwarming to see that people are actually appreciating it and understanding the cats and willing to open their hearts. People were actually taking time and focusing to read their stories… And I think this helps a lot for the community cats, it helps them to have more chances in having a home and more accepted by people.”

~ Jasmine, the owner of Miao Miao

“He had this really beautiful setup with the lights being cast on the sculptures to form a shadow while the cats were being placed on the wall and it was just really amazing. It looked sophisticated, it also looked really clean and very minimalistic.”

~ Macy, the owner of Marble

The two wired cat sculptures will be transformed into animated NFTs (Non-Fungible Tokens). This would be the first time in the world where a wired sculpture is painstakingly 3D-scanned and then animated to create the NFT. 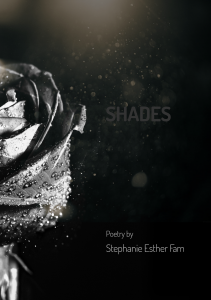 It's certainly common knowledge that different colours make up a rainbow. It is in a similar fashion that I believe...

Perspectives is a disability-led short docudrama of a series of three monologues set against a harmony of sounds which is...